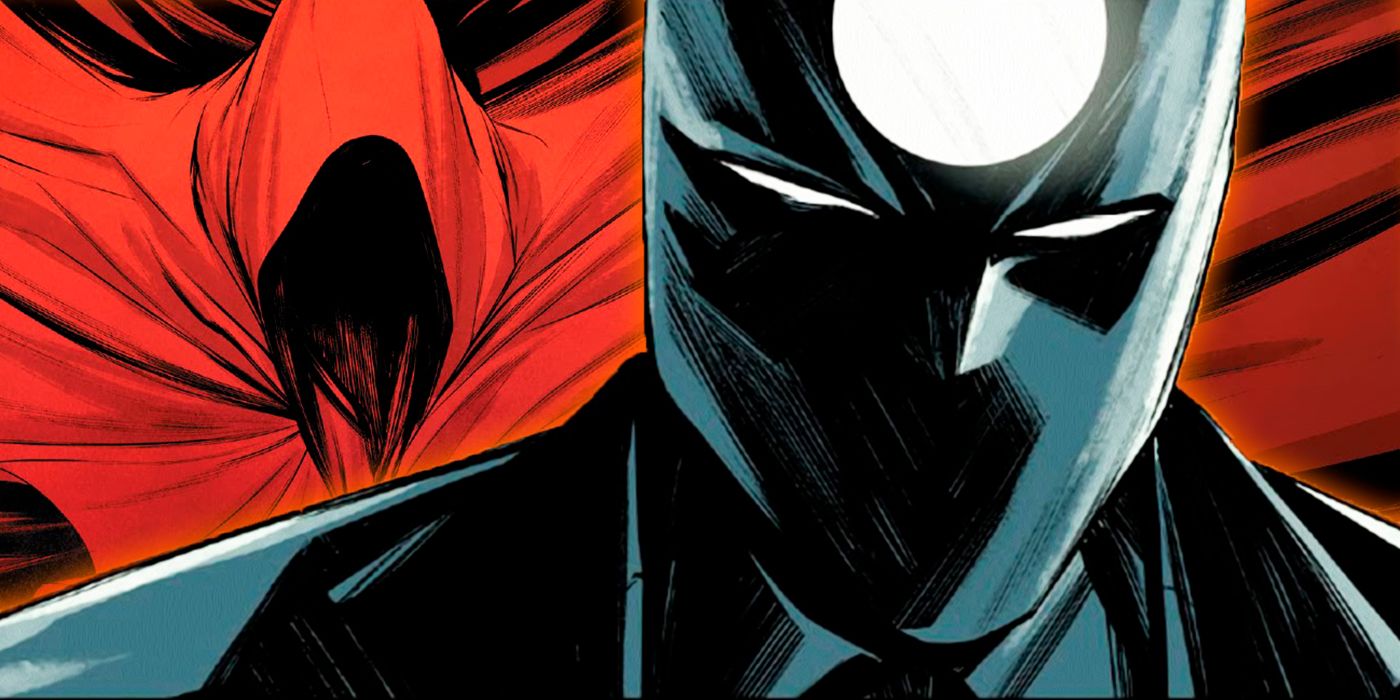 The Marvel Universe has never suffered from a shortage of villains for its heroes to face off against. Over the years, many antagonists have gone through incredible changes in an effort to present greater challenges for the defenders of the world, and few heroes know this better than Marc Spector, aka Moon Knight. In his most recent adventure, Spector has witnessed the transformation of one of his more obscure enemies, Stained Glass Scarlet, into something akin to a terrifying new god.

While Moon Knight is caught in the midst of Wilson Fisk’s personal war against the city’s heroes, his rival, Hunter’s Moon, has no problem filling in for the hero. This still doesn’t prepare him for the return of Scarlet Fasinera, aka Stained Glass Scarlet, who was believed to have died years ago. As Hunter’s Moon discovers in Moon Knight #8 (by Jed MacKay, Alessandro Cappuccio, Rachelle Rosenberg, and VC’s Cory Petit), his enemy has not only come from from the dead, but has also been transformed into a deity.

RELATED: A Forgotten Moon Knight Villain May Break the MCU – But How? 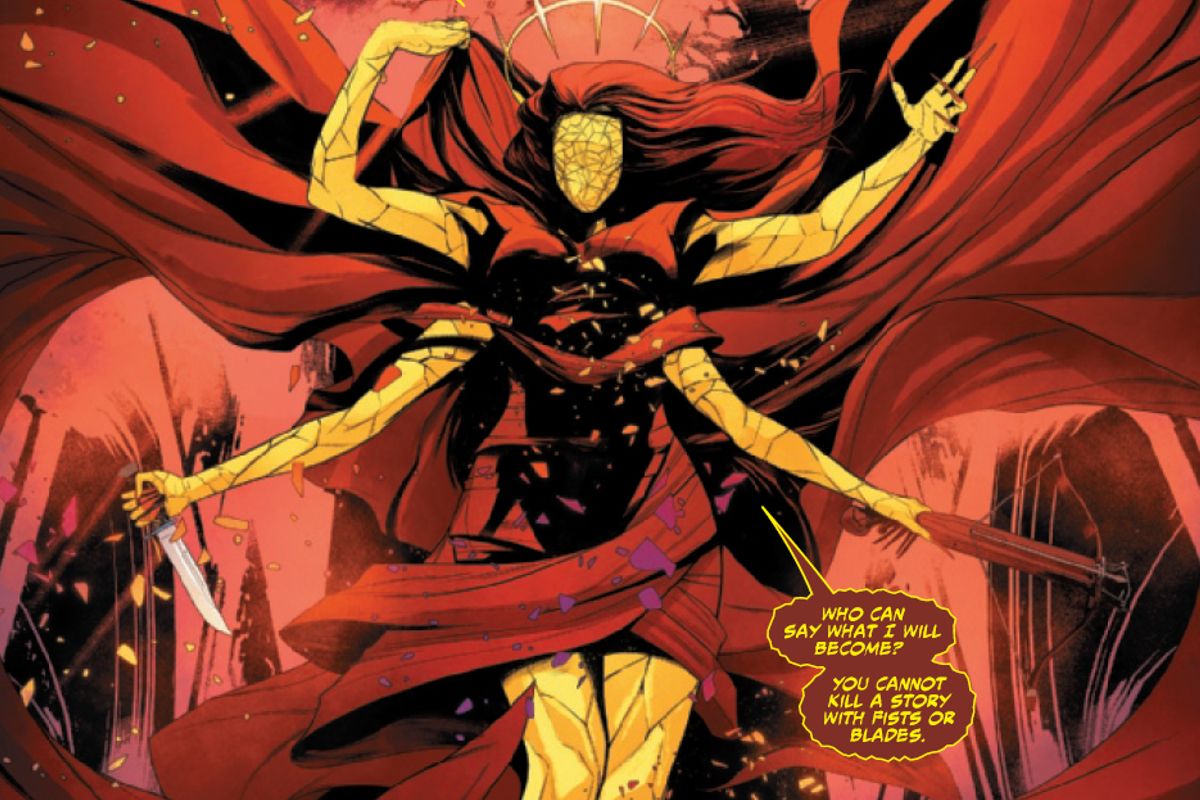 First introduced in 1981’s Moon Knight #14 (by Doug Moench and Bill Sienkiewicz), Scarlet Fasinera burned her abusive father alive before becoming a nun and later marrying and having a child with a violent small-time criminal. Her husband was killed and her son grew up to become a criminal who Scarlet ended up killing when she took on the life of a vigilante. Her own life came to a tragic end when she resisted capture by the authorities, with her story becoming something of an urban legend. After her death, Scarlet gained a literal cult following in which she was worshipped, and the faith of her followers has now enabled her to ascend to a position of godhood.

With Khonshu by his side, Hunter’s Moon was able to temporarily banish Stained Glass Scarlet, although it was revealed that she can never truly be killed. This is a new and terrifying development that calls into question the rules of deification in the Marvel Universe. This suggests that all it takes to become a god in this world is the faith and worship of others, which in turn means that virtually anyone could access the same level of power if the situation was duplicated. It is conceivable that Moon Knight himself could be heading down this path as well, considering his recent overcoming of the god Khonshu and the admiration he has received from his community after starting the Midnight Mission.

RELATED: Who Is Marvel’s Sun King – And How Could He Break Moon Knight In the MCU? 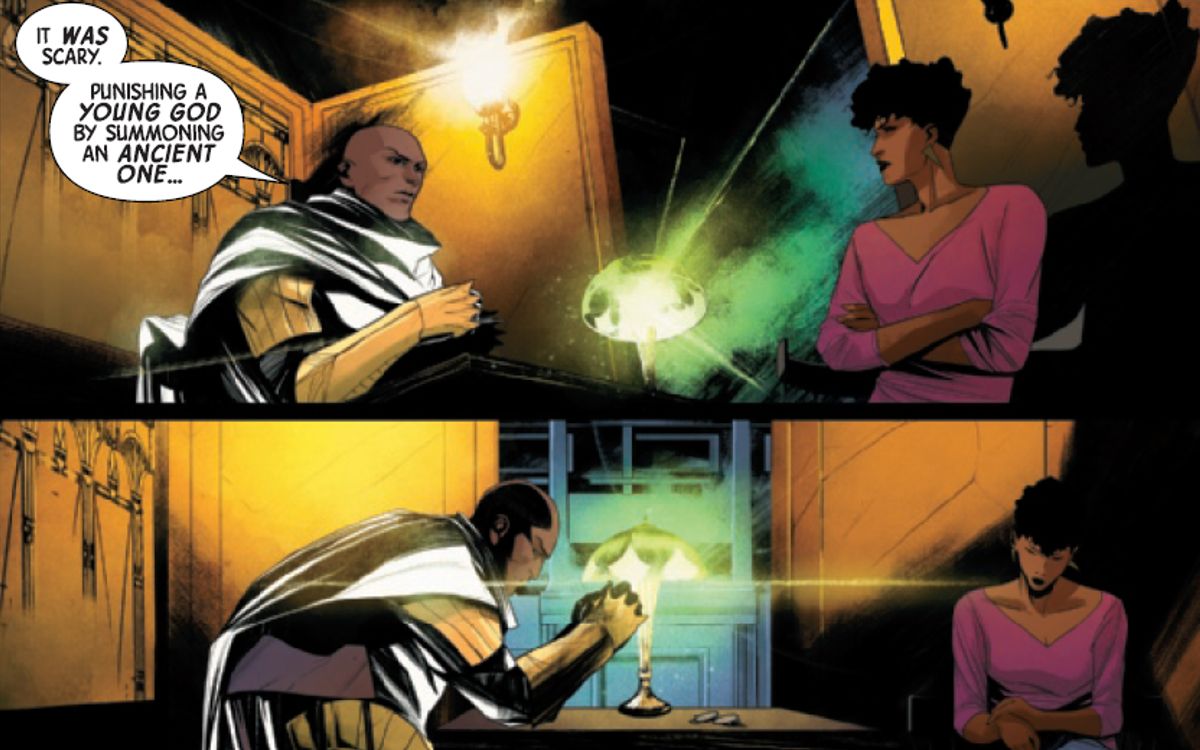 Although the specifics of becoming a deity in the Marvel Universe have not been definitively established, this issue makes it clear that it all begins with genuine faith and followers. By this definition, there are other adversaries in Moon Knight’s life who have the potential to ascend to a place of godhood, such as the Sun King.

With this revelation also comes a near guarantee that the Fist of Khonshu will eventually have to face another foe who has ascended to the level of godhood. It also stands to reason that Spector himself may one day transcend his life as a mortal servant of the god of the moon in favor of becoming a god in his own right.

WWE: New Report on Why Alexa Bliss is Off TV Again Emerges