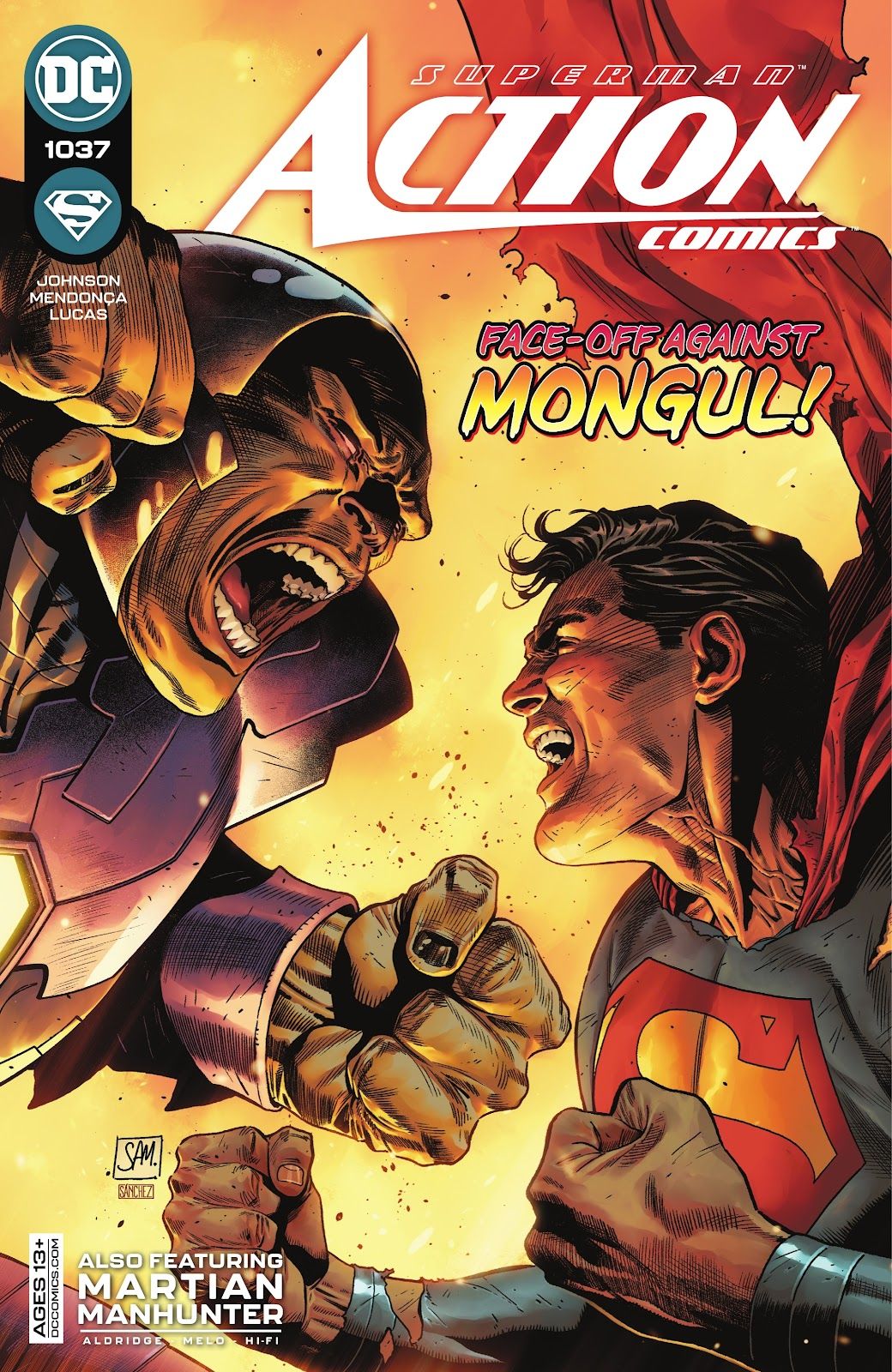 Created by writer Phillip Kennedy Johnson and artist Miguel Mendonca, Action Comics #1037 takes “The Warworld Saga” to new heights. Superman and his team arrive to Warworld with a message of peace, calling on the Warzoons to rise up against their masters, but Mongul would have none of that. He mocked the Man of Steel before the two engaged in battle, leading all hell to break loose. Elsewhere, the council of the United Planets debated whether to assist Superman in his quest. While most members were in agreement, the deceitful Premier talked the council out of it. As the fight in the arena dragged on, Mongul’s champions turned the tide against the Authority.

Johnson has been building this storyline since early this year, when his Future State: Superman: War of Worlds showed a glimpse into a future where a de-powered Kal-El fought Mongul and his army of Warzoons in the Warworld arena. That future has now come to pass, as the two juggernauts go head-to-head in Action Comics #1037. The issue is a healthy mix of palpable tension and thumping action, with a spoonful of political undertones keeping the story grounded. The bureaucracy and drama play an integral part in forwarding the plot. The story gives each player some space as the balance of power goes askew. 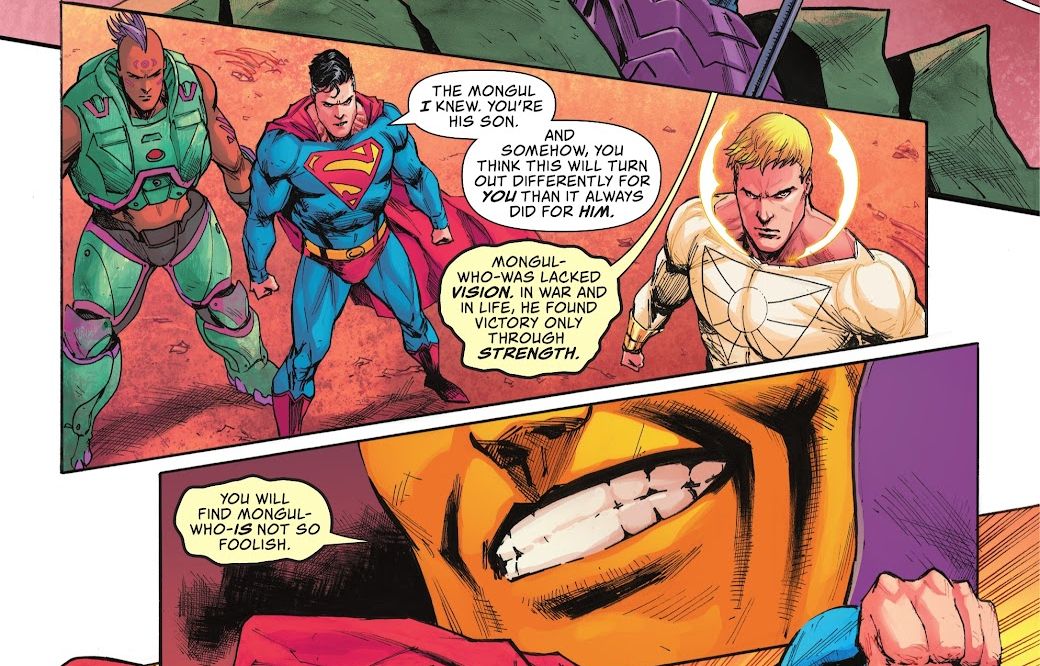 The artwork in Action Comics #1037 adds to the epicness of the issue, with Mendonca providing a visual feast for the eyes. Mendonca takes over the Action Comics title from his predecessor Daniel Sampere and delves straight into the bone-breaking, skull-crushing action. His bold lines and liberal hatching bring a crisp, textured look to the art. That, coupled with low-angle shots and expressive facial features, gives the characters a larger-than-life feel. However, what really accentuates the dynamic spirit of the artwork is colorist Adriano Lucas’ work. The heroes in their bright suits versus the villains in their gritty, dark armor against the backdrop of a red sky creates a bewitching aesthetic.

Action Comics #1037 is the culmination of multiple crossovers, miniseries and ongoing titles, making it DC’s next big thing. The issue sees Superman and the newly formed Authority go on a suicidal mission against a deadly cabal of villains. The fast-paced narrative, along with the ruthless action, makes “The Warworld Saga” a must-read. As more questions are heaped upon the already unresolved ones, the intrigue of the “Saga” grows with every passing week.

The Book of Boba Fett: Jennifer Beals Didn’t Know Which Star Wars Show She Was Making