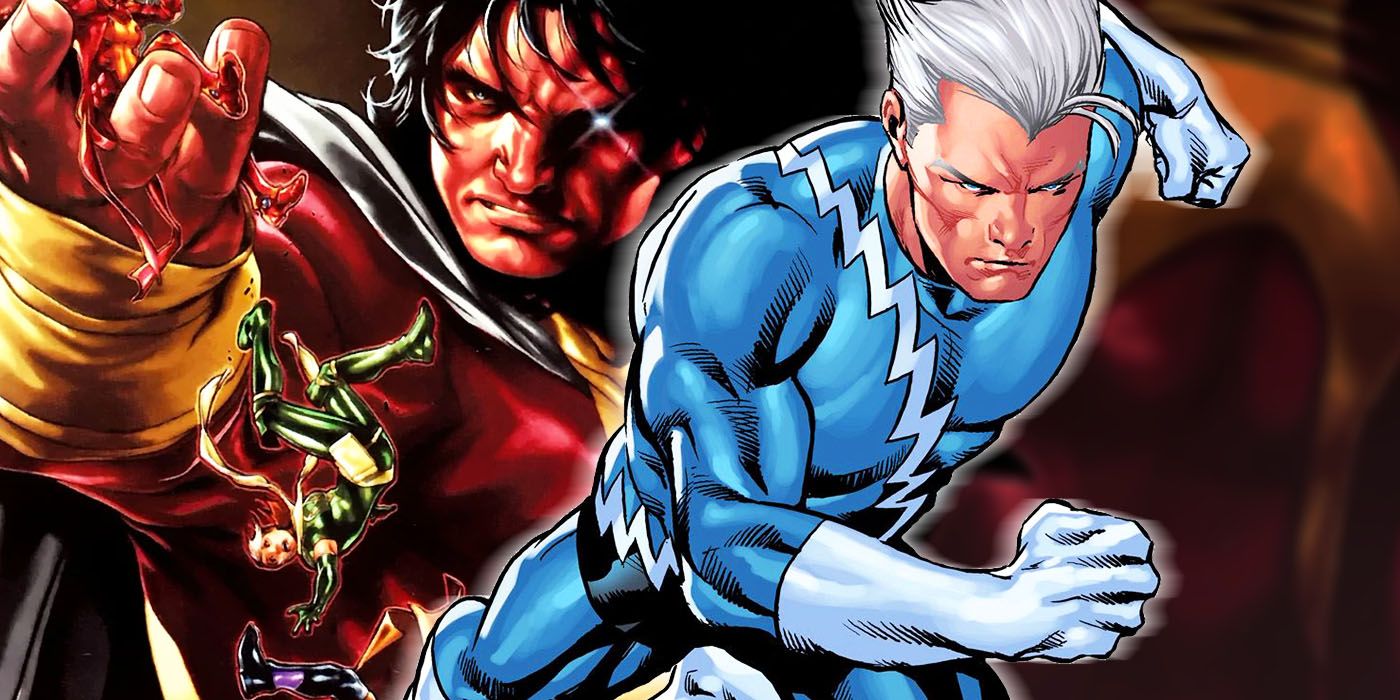 Exodus is one of the more underutilized of the Omega-Level Mutants on Krakoa. Although he’s a member of the mutant nation’s ruling body and has appeared sporadically across the First Age of Krakoa, he hasn’t had a massive amount of attention paid directly to him. The teaser for Immortal X-Men suggests he might be taking on a more important role going forward — and he already has the perfect foil to bounce off of.

In decades past, Quicksilver and Exodus became fast enemies. Now, with Quicksilver’s place in the Marvel Universe potentially including extended connections with the X-Men and Krakoa, it might be the perfect time to reaffirm that rivalry. 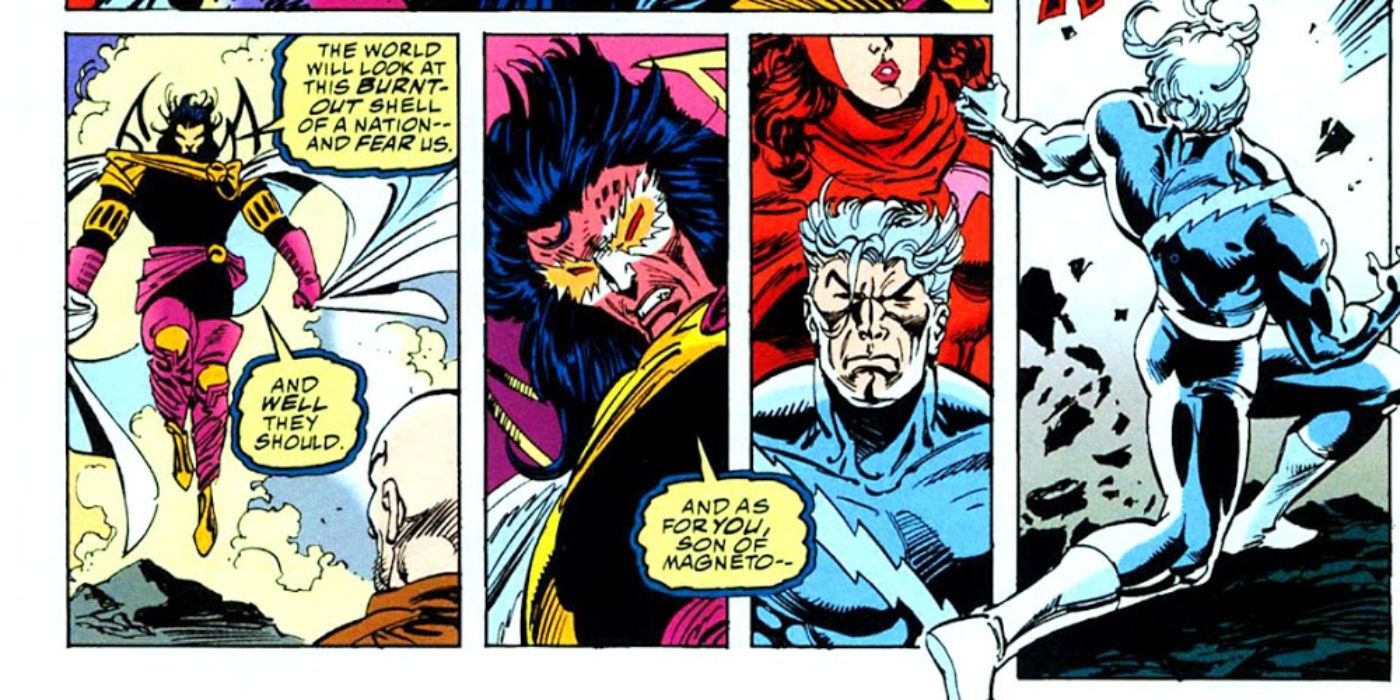 Exodus is one of the oldest mutants on Earth. Born in the 12th century, the Omega-Level mutant was eventually sealed away in a tomb until the modern-day, where he emerged to become one of Magneto’s most dangerous followers. Becoming a notable leader of the Acylotes, Exodus came to blows with multiple heroes. But one of his most personal confrontations came when he faced Quicksilver during the Bloodties crossover. Then believed to be the biological son of Magneto, Exodus deemed Quicksilver an unworthy heir to the Master of Magnetism. The two even came to blows when Exodus threatened Quicksilver’s daughter with Crystal, Luna. While Xavier was able to help save the child, Quicksilver was left on the verge of death by their fight.

The two would later become more dedicated foes during the Quicksilver solo series, coming to blows multiple times and eventually even settling their differences during the Siege of Wundagore crossover. However, since then the situation has changed drastically for both characters. Quicksilver — then a respected Avenger and ally to the X-Men — became a more controversial figure due to his role in setting off House of M and the subsequent depowering of the mutant race. His relation to Magneto and status as a mutant was called into question, and while he eventually became a trusted Avenger again he’s remained a question mark with the mutant people. Meanwhile, Exodus eventually was accepted on Krakoa and has become a prominent figure, even serving on the Quiet Council. 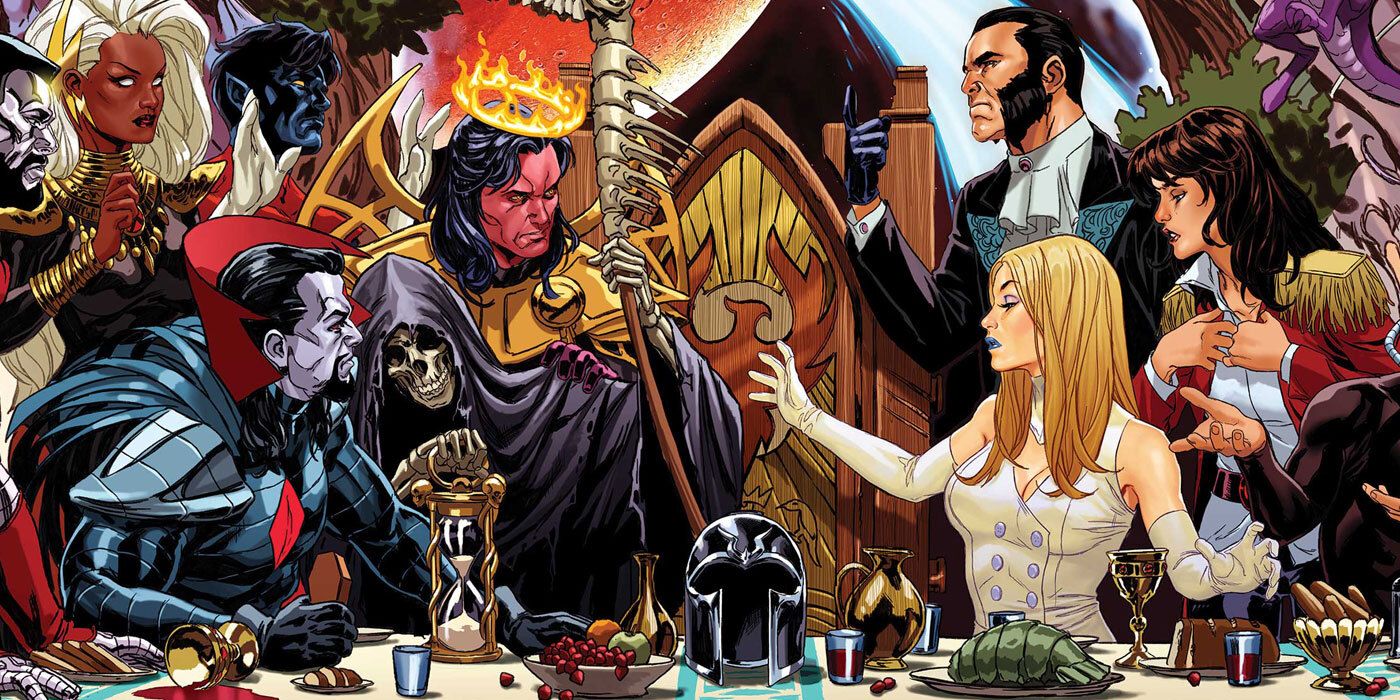 The two actually make perfect sense as enemies, and could easily continue to foster a rivalry going forward. X-Men: The Trial of Magneto has brought Quicksilver to Krakoa and even reaffirmed the bond between Magneto and the Scarlet Witch — setting up the Maximoff twins to be further entangled in the X-Men corner of the universe going forward. Exodus has risen to a rank that makes him Magneto’s equal on the Quiet Council — which could be seen as another sign that Exodus is more fitting of the title “Magneto’s Heir” than the man who by birth should have been considered for such recognition. Exodus has shown disdain for non-mutants in the world, while Quicksilver was married to an Inhuman and fought alongside the largely human Avengers.

The pair’s similar short tempers and haughty attitudes would make any conflict between the pair easy to escalate. In many ways, they’re perfect foils to one another — the misbegotten son of Magneto and the heir to his dream of a mutant first future. With changes coming to Krakoa and Scarlet Witch’s recent acceptance of her bond with Magneto, it’s possible that Quicksilver could become a more present figure on Krakoa as well — and should, if possible, reaffirming a place he previously occupied frequently in series like X-Factor. If he does so, then he’s perfectly positioned to bounce off of Exodus and provide the Omega-Level Mutant with a  surprising counter going forward.

Big PS5 Restock Is Coming to Walmart Today: Here’s How to Get One