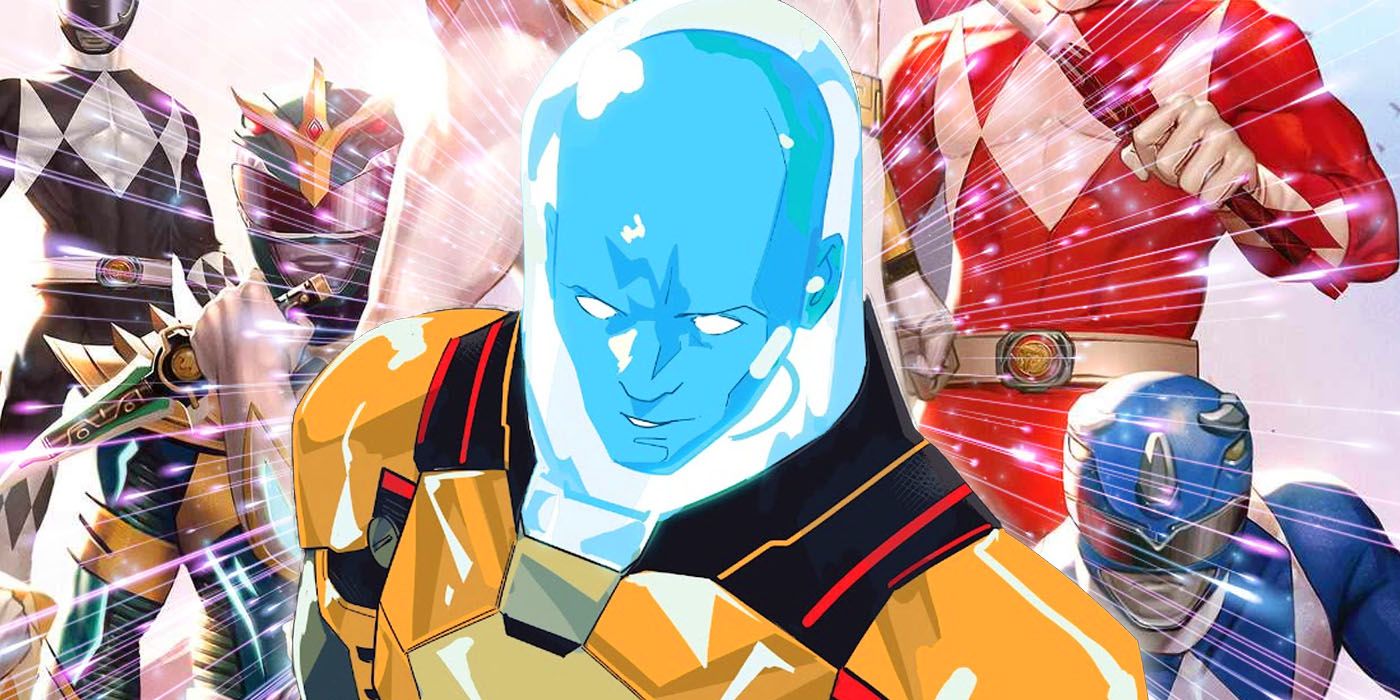 The Power Rangers have been some of the most vibrant figures in all of pop culture for nearly thirty years, and in that time plenty of these teenage heroes have proven themselves to be a lot more capable than they appear. While the likes of Tommy Oliver have become icons of the franchise, it is another member of the team who has just discovered how important his role is not just to the Rangers, but to the universe itself. Billy Cranston may not be recognized as the strongest of heroes, but his connection to the Morphin Grid may have just changed all of that.

The apparent death of Zordon at the hands of Supreme Guardian Zartus has devastated the Power Rangers and left Earth defenseless in the face of the Eltarian invasion. Now that the Rangers have taken refuge on Safe Haven the only thing left for them to do is figure out how to strike back against their enemies. Thankfully, Billy Cranston had already taken precautions to rescue Zordon in the event that his energy chamber was destroyed, although bringing the Mighty Morphin mentor back isn’t as easy as the Rangers expected. To bring back their mentor, Billy seeks out his consciousness wherever it resides. As daunting as the task might seem, there is hope left thanks to Cranston’s position as the Blue Ranger, and the connection this grants him to his patron god. 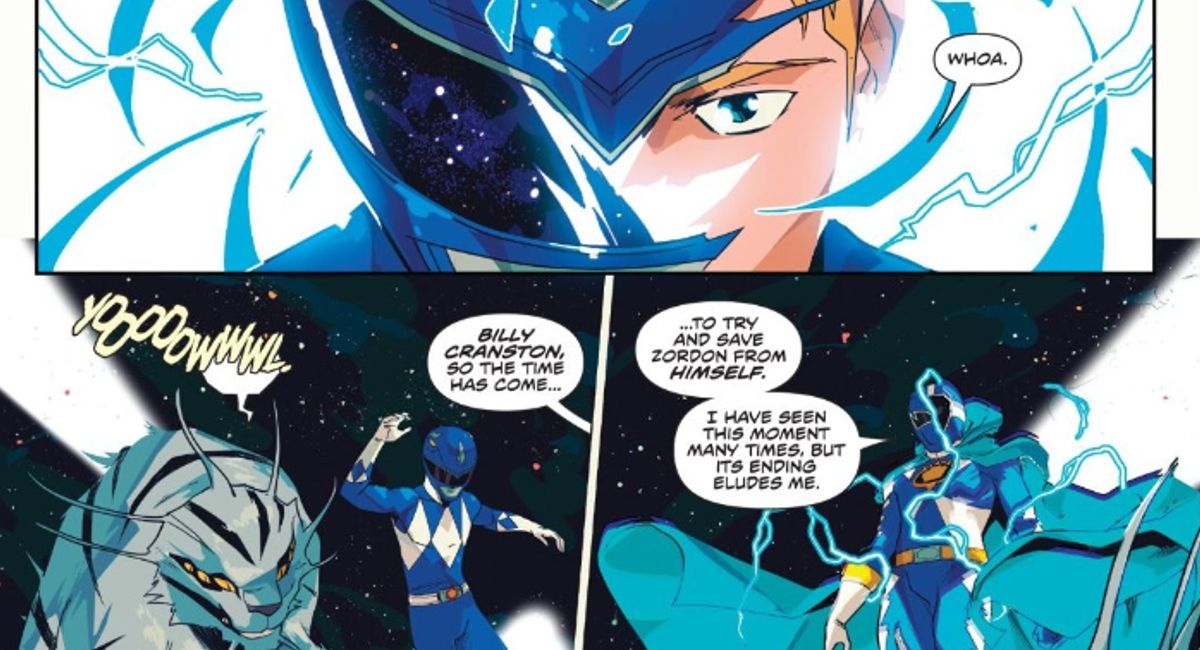 In Mighty Morphin #14 (by Ryan Parrott, Marco Renna, Walter Baiamonte, Katia Ranalli, and Ed Dukeshire) Billy makes contact with the Blue Emissary in much the same way that Trini was previously able to reach out to the Yellow Emissary. Alongside Yale, the latest Blue Omega Ranger, Billy finds the Blue Emissary somewhere beyond the physical world thanks to the innate connection they all share as Blue Rangers. While that same connection has brought them together to save Zordon, it may also imply a greater purpose for the Blue Rangers than anything seen before, and this may also extend to their Red and Yellow counterparts.

Ever since their introduction to the world of the Power Rangers, the Emissaries Three have stood as the greatest beings to ever grace the Grid apart from the Morphin Masters themselves. As living embodiments of their respective Rangers throughout the ages, the god-like Emissaries have been some of the most powerful allies that the heroes have ever known, even if their origins are still as enigmatic as ever. The fact that the Blue Emissary is still clinging to some form of life even after being slain by an Empyreal reaffirms that they exist beyond the bounds of the known universe, while its connection to Billy and Yale implies that there is a greater purpose for the primary colored Rangers than they have been led to believe.

As far as anyone knows, no other Rangers are in tune with one another in the same way that Billy and Yale now are, although the precedent set by them gives good reason to assume that same connection exists between the likes of Aisha and Trini or Jason and Rocky. If this is the case, it would open the door for the real purpose of the Rangers’ designations to be explored, not to mention what those colors mean for their individual connections to the Morphin Grid. 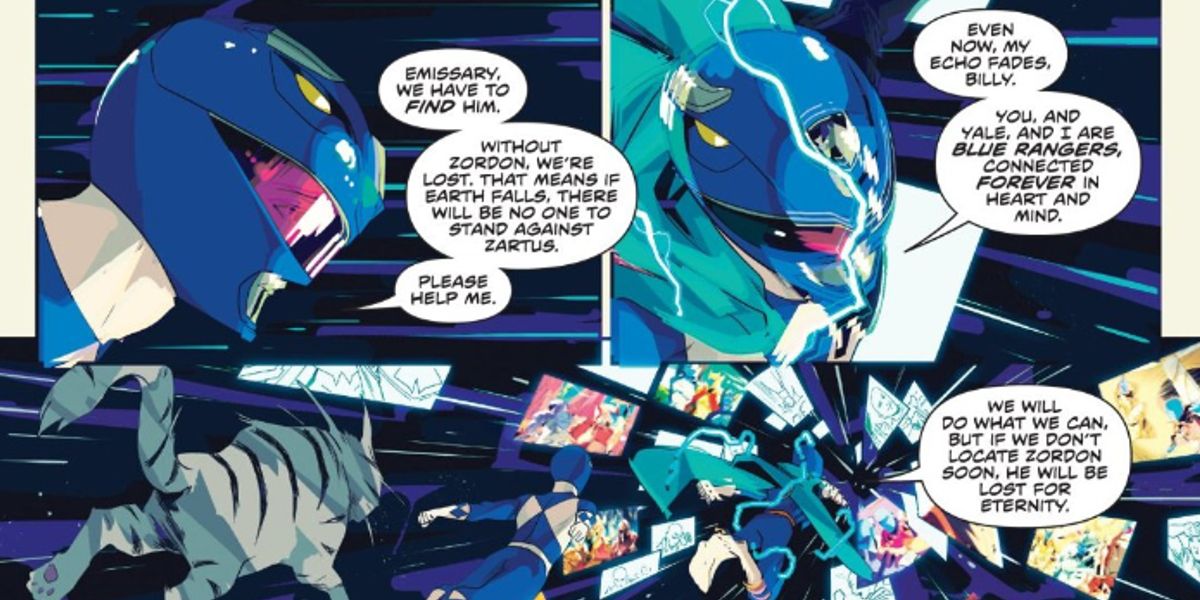 Whatever the case may be, there is no doubt that Billy and Yale’s connection to the Blue Emissary and each other will be an important detail going forward. Hopefully it will provide the heroes with further insights into how the Emissaries and Empyreals are connected as well, or at the very least provide new information regarding how to defeat the interdimensional assailants.

It’s hard to imagine that all of this would be relegated to the role of just an interesting factoid, especially when there are so many directions this revelation could take. Regardless of where this new path leads, it is in all probability better than the Rangers’ current trajectory.

Moon Knight Rumored to Be Getting Reshoots Soon

Spider-Man Gets an Iron Man-style Costume Upgrade for Fortnite