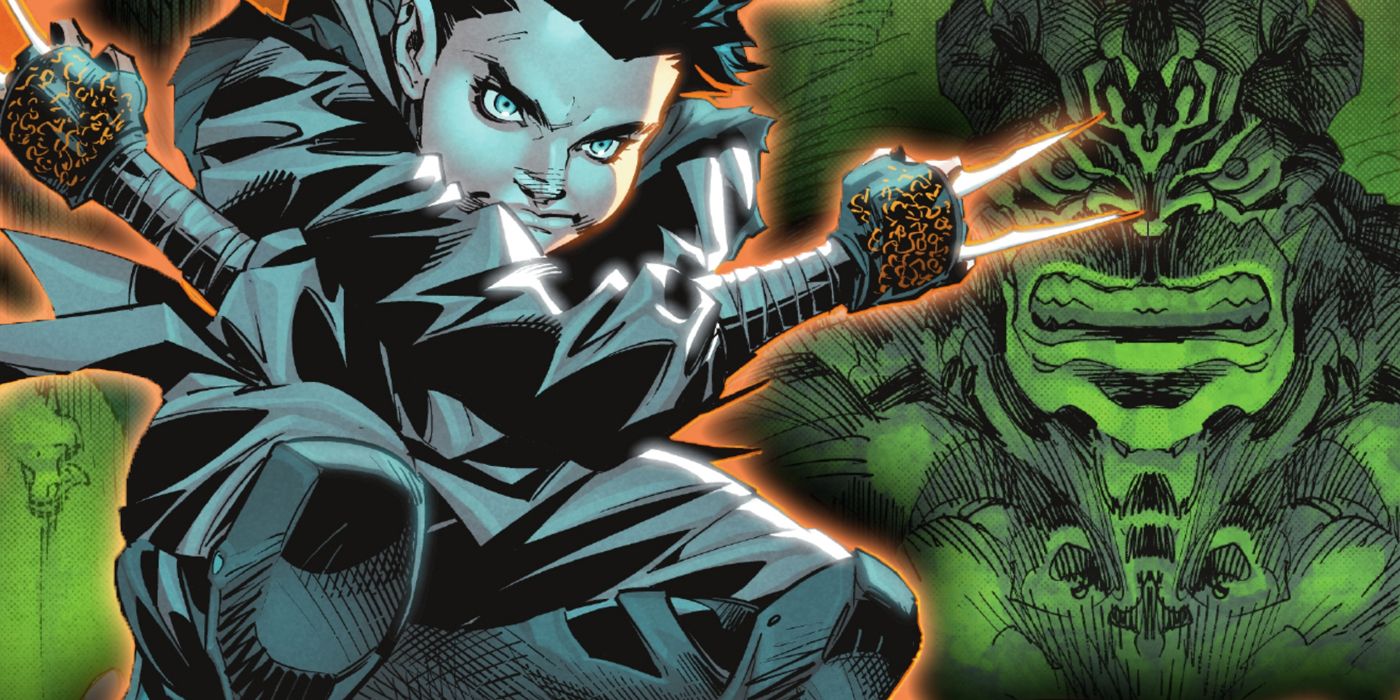 In Robin #8 (by Joshua Williamson, Gleb Melkinov, Max Dunbar, Hi-Fi, ALW’s Troy Peteri), the demon that Mother Soul has been so tirelessly working to revive has finally risen. With his debut though comes questions about the true nature of the Lazarus pits. They have always been a staple of the Batman mythos, but their origins have always been surrounded by mystery.

All that is truly known is that they can restore a person’s youth and even bring them back to life. Given all that’s occurred on the island, it is possible that this demon may be the source of the Lazarus pits, potentially changing the way the sites are viewed and used in the future. 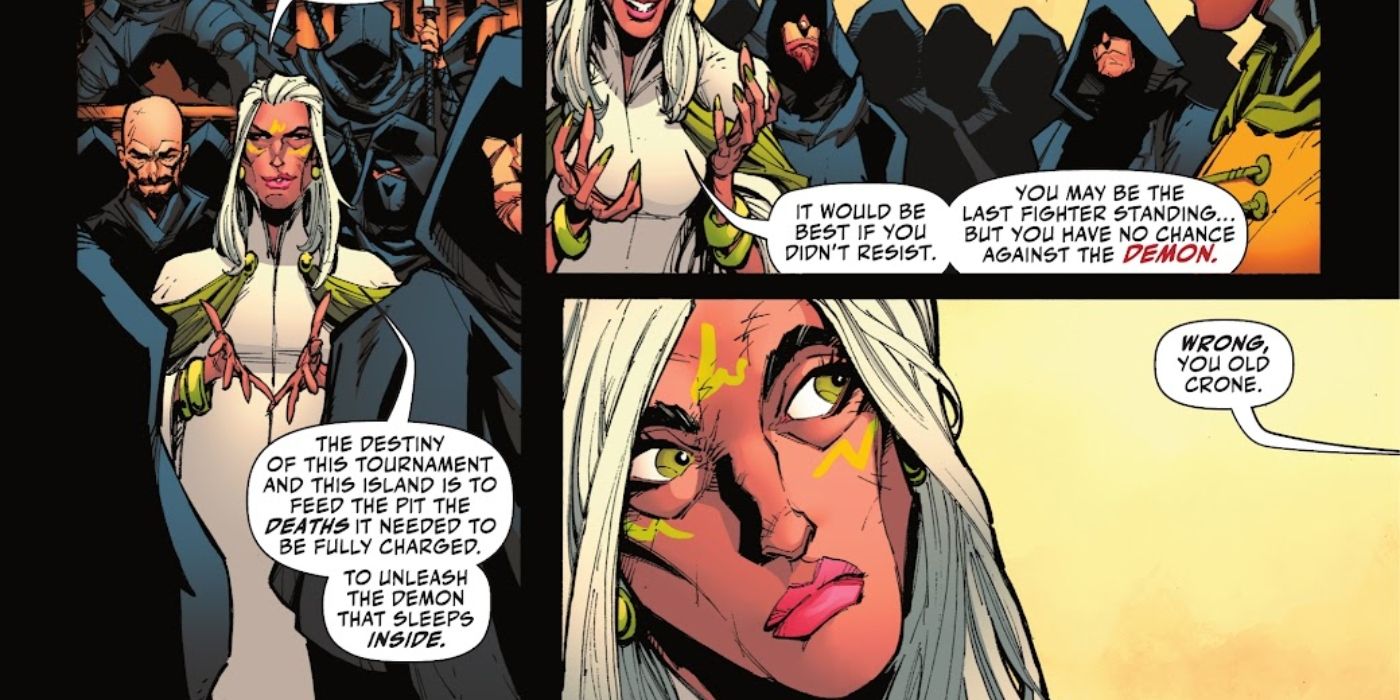 There has never been a concrete origin for the Lazarus pits, it has only been stated that Ra’s al Ghul stumbled upon them centuries ago. Even Damian Wayne assumed that Ra’s knew all the secrets before he learned that Mother Soul, or Ruh al Ghul, is Ra’s’ mother and Damian’s great-grandmother. It was believed she died before Ra’s found the pit, but clearly, that is not the case. Ruh seems to possess more advanced knowledge of the pits, knowing enough to use the Lazarus Tournament to fuel the demon’s resurrection. This perhaps explains why Ra’s was so hesitant to deal with the mysterious League she controlled.

Where does that leave the demon though? The Lazarus Tournament might be the answer. Competitors can die on the island but are revived not too long after. Ruh indicated the demon was harvesting strength from the many deaths on the island. It is possible that it is not the island, but the demon that was resurrecting them all, taking whatever it is that left them when they died and restoring them to repeat the process until it was ready to wake. 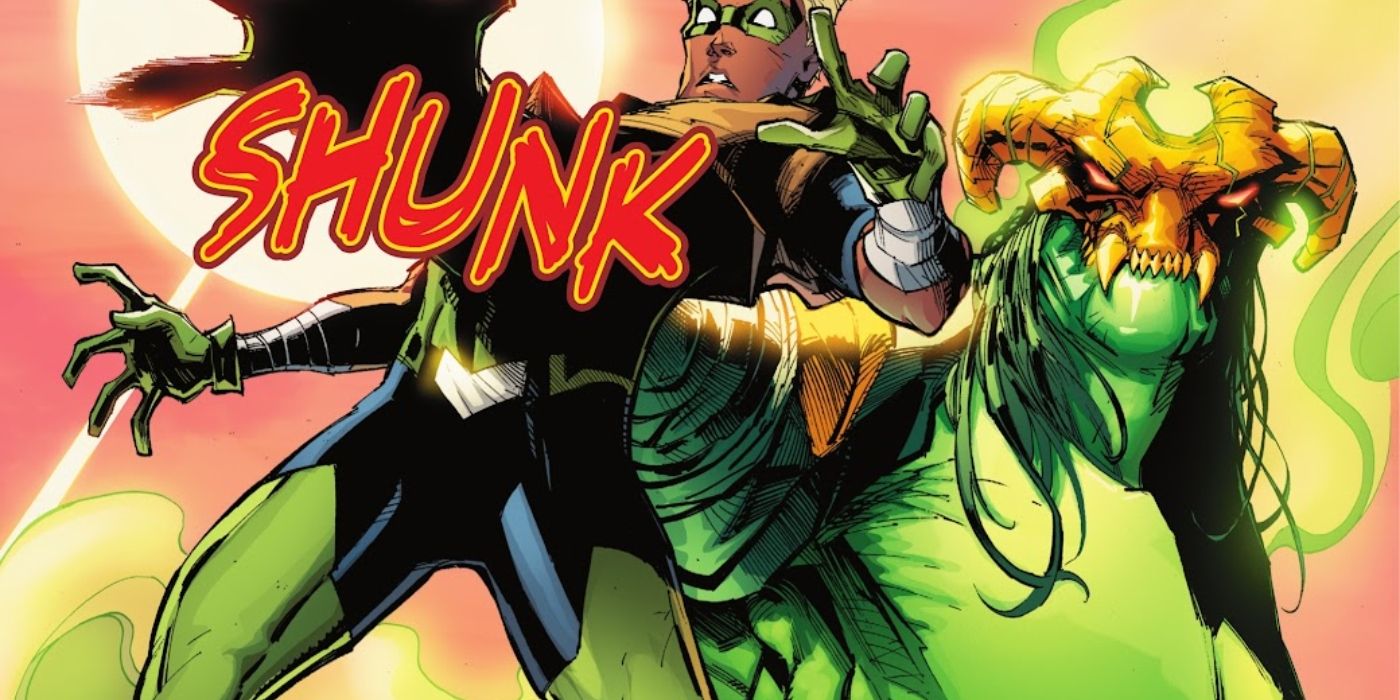 If this is the case, it’s possible this is the key to the Lazarus pits’ ability to resurrect the dead. Right from the start, the pits did not grant youth and resurrection free of charge. Whenever a person used the pit, their sanity began to slip. The more the pit is used, the less sane a person becomes over time. It is a give-and-take situation. If the demon is the source of the Lazarus pits, connected to the countless locations around the world, then it is responsible for resurrecting a huge amount of characters in the DC Universe. This could be a creature that holds the power of life and death in its hands.

The Lazarus pits have always been something mystical within the Batman mythos, being one of the consistently magical parts of his world. It was always assumed though that there was some scientific explanation for it, despite the grandiosity and symbolic power Ra’s placed upon it. If the demon is responsible for the power of the pits, then it ties the al Ghuls and by extension, Robin, to magic more closely than ever before. It’s even possible that using the pits somehow ties the user to the demon, perhaps becoming indebted to it for the gift it bestowed. Many questions still need to be answered, but whatever this demon is, it ties to the true origins of the pits.